While summer time in Texas means floating the river and road trips to South Padre Island, many individuals plan to travel abroad. With reasonable flight prices and a 2.5 hour travel time, Cancun, Mexico and Cozumel, Mexico have long been popular resort towns for many Houstonians. While the anticipation of white sand beaches and tropical drinks have you crossing the days off your desk calendar, if you are behind on child support you may have to rearrange those travel plans.

“If a parent can afford to take an overseas holiday, the…government believes they can and should be made to pay what they owe.” 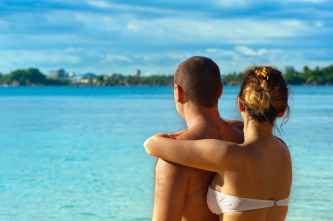 According to Texas law, if you are in child support arrears you can be found in contempt of court and face commonly known consequences such as jail time and/or a fine. Civil cases with criminal consequences has always been a hotly debated issue. Nonetheless, much like in many criminal cases, the offender (person in child support arrearage) may be placed on probation to comply with the terms of the court order. While jail time is a well known consequence, other effects include wage garnishment, liens, suspension of  an individual’s professional license (i.e. barbershop license), recreational license and drivers license. Another penalty, especially one that might effect the summer time traveler, is the denial or suspension of your U.S. Passport.

If a person owes $2,500 or more in child support, they are not eligible to receive a U.S. passport. If the person already has a passport, the U.S. government can revoke, restrict, or limit its use. The Passport Denial Program is designed to help states enforce delinquent child support obligations. Under the program, noncustodial parents certified by the state as having arrearages exceeding $2,500 are submitted by the Federal Office of Child Support Enforcement (OCSE) to the Department of State (DoS), which denies them U.S. passports upon application or the use of a passport service.

In Australia, this was the case for 358 people attempting to leave the country in May 2018. A record number of parents who had outstanding child support debts were stopped from travelling abroad. They were told at the airport that because of their back-owed child support they would be given two options–either pay the outstanding balance or cancel their trip. According to Michael Keenan, Australia’s Human Services Minister, “if a parent can afford to take an overseas holiday, the…government believes they can and should be made to pay what they owe.”

To schedule your consultation with my office, contact us below.